From obsession for transparent oxides to new discovery beyond the field 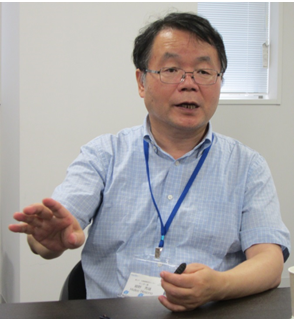 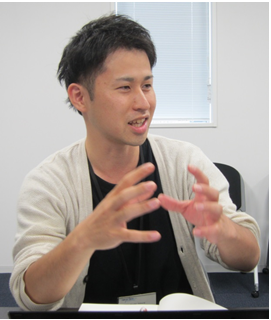 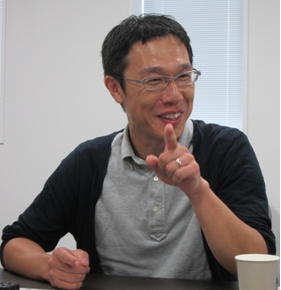 JAICI: Dr. Hosono, please tell us about the content of your research.
Dr. HOSONO: I have been studying transparent oxides such as glass ever since 1982 when I started my research life. I came to the Tokyo Institute of Technology in 1993 when I also adopted "the creation of electronic functional materials using transparent oxides" as the underlying theme of my research. However, since amorphous silicon was mainly used as semiconductor at that time, we, those who were doing research with amorphous oxides like glass, were treated as heretics in the semiconductor industry. Nevertheless, I think that the development of In-Ga-Zn-O based thin film transistor (IGZO-TFT) is one of the achievements of continued research fired by my desire to try new things. Now, the material is used for tablet PCs and smart phones, but I'm deeply moved to realize that, at the time of the presentation, it was not paid attention by anyone.

JAICI: Dr. Hosono, your name is listed as a strong candidate for the Nobel Prize right?
Dr. HOSONO: That's probably because the number of annual quotations of the paper on "Discovery of Ferrous Superconductors" published in 2008 became the largest in the world. Previously, the idea that an element with a large magnetic moment like iron does not have superconductivity was mainstream, but this research overturned such generally accepted opinion. Then, speaking of the reason why it led to the discovery of iron, it was probably because we continued our research on "giving semiconductors properties of a magnet", apart from the research on the transparent oxide. In this research, we tried to test what kind of electrical property can be obtained by replacing oxygen ion with fluoride ion in oxyarsenide compound (LaFeAsO) mainly composed of iron, but as a result, we succeeded in obtaining the superconductor. The technique of replacing ions with a similar size is a common technique in the semiconductor research, but this has brought new discovery to the world of the superconductivity research. It is a good example in which experiencing various kinds of environments and crossing the barrier leads to new discoveries without being restricted by a single field or generally accepted opinion. 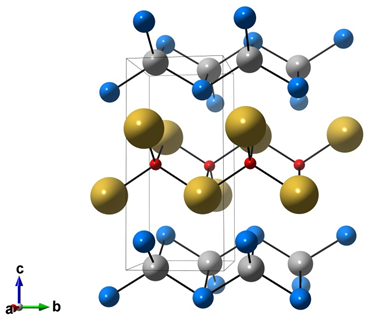 Originality of idea and perspective is needed for database utilization

JAICI: What should be expected of a database?
Dr. HOSONO: I believe that the most important things are accuracy and comprehensiveness. For example, when trying to determine the size of gaps within a crystal structure, it will be a considerable impediment to research if the data is incorrect. Also, irrespective of already known numeric values, if the data is not stored in a database, one has to think of other methods which will cause a delay in the research. If the accuracy and comprehensiveness of a database are doubtful, it becomes useless in my opinion.

JAICI: How do you use databases in your regular research?
Dr. HOSONO: A database will not put forth an idea by just looking at it. I believe that the accurateness of a researcher can be demonstrated in terms of how he/she uses a database. For me, I often use databases for finding substances that satisfy the current research policy or new ideas. It can be said that it is essential in science that we use our experience and knowledge in order to find a suitable approach for discovering the desired substance..
In fact, I think that the utilization of databases should be different for each researcher. Search terms that are good for some researchers are not necessarily the same for other researchers. For example, while there are cases when it is better to start a search with the real space lattice, there may also be cases when it is better to start from the reciprocal lattice. I hope that those starting research from now on do trial and error on such parts by all means.
Dr. MATSUISHI: When somebody intends to analyze the structure of a newly prepared substance, I think there is also the aspect of questioning a researcher's "searching method", as mentioned earlier by Mr. Hosono. Even if there is no data on the substance you are seeking, for example, there is a possibility that substances are recorded with a structure and composition similar to that of crystal. I think that the ability to decide a search approach is always required when using a database.
I also believe that a comprehensive database will play a major role in proving the novelty of a research. If the information on a certain substance is not recorded in any database, we can have great confidence in the originality and novelty of the substance and it will also be a trigger to advance our research. If a researcher searches and concludes that what he is looking for does not exist, he/she should be pleased.
Mr. IIMURA: Even if "searching for gaps in the crystal structure" is one of the purposes, it is not possible to grasp the motive of the search if the physical properties of the substance you are seeking are not considered. Actually, the interpretation of "gaps in the crystal structure" is considerably dependent on the researcher, for example, some researchers use ion radius as a criterion of calculation, and some researchers use atomic radius or metal radius. The database utilization will be greatly influenced by the identity of how to set search conditions. I think that original utilization is very difficult without an idea in mind.

Reliability of ICSD through link with original documents

JAICI: When did you start to use ICSD?
Dr. HOSONO: I have been using it continuously for about 15 years. We all use ICSD in our laboratory. As I mentioned earlier, the database requires both accuracy and the comprehensiveness, and ICSD is one of the reliable databases for those reasons. The reason for this is that the document information is properly stated in the recorded data in ICSD. If you cannot confirm the original document, the reliability of the data will be doubtful. And there are times where reading the literature may trigger a new idea. If I had to mention a convenience of ICSD, that would be it.

JAICI: Did you have an episode where a new idea was actually born?
Dr. HOSONO: During our research on iron-based superconductors, we were doping the superconductor with hydride. Although rare earths usually have a trivalent valence, when looking at ICSD from that perspective I noticed that rare earth hydride exists in divalent state such as LaH2 and SmH2. I realized that it might have an interesting system wherein the valence that is usually not expected to change does change. That was one trigger for developing LaFeAsO.

JAICI: So, in Dr. Hosono's opinion, the iron-based superconductor was developed as a result of using ICSD from a unique perspective.
Dr. HOSONO: I think that it is surely possible for people not only in the chemistry field but also in the physical field to use ICSD skillfully. Those who are studying solid physics are likely to have an interest in physical properties and search for the substance, so they may find new ways to use the database with their own search methods.

JAICI: What is the current trend?
Dr. MATSUISHI: Substances composed of four elements is a domain that is hardly touched by researchers. If a substance is composed of two or three elements, it can surely be found in a database; on the other hand, this domain is exhausted by other researchers making it hard to be original. However, depending on synthesis conditions, even if the substances have the same constituent elements, they may have different physical properties, so each case has to be examined individually.
Dr. HOSONO: I think that the number of people who calculate rough physical properties increased as the computer's computing power evolved significantly compared to the past. Even with database searches it seems that an increasing number of the results you get were obtained by calculation only. It is still difficult to obtain detailed physical properties such as electronic correlation only by calculation, but if it has stability or lattice constant, it can be calculated easily. Rather, the tendency to make calculation in that way is getting stronger, so it can be said that the level required for the research is steadily getting higher.

JAICI: Please tell us about your future prospects.
Dr. HOSONO: Actually, I always have been thinking about creating a new textbook. This is because there is a growing sense that a new textbook for new education beyond classification of chemistry up to now such as organic, inorganic, and metal are necessary in the world. I think that the current chemistry education is in a so-called polynomial expansion state, but the capacity of the human brain has an inevitable limit. Therefore, I think that it would be better to impart the knowledge into the head in factorized state but not impart all of the knowledge.
Why people in the world want new substances is because they are looking for new functions. Then, considering what can be used to decide the function, the function is decided by the property as an aggregate of the constituent elements of the substance. In chemistry education to date, it was necessary to remember the constituent elements such as elements and molecules, and indifferent to the functions and physical properties. However, from now on, from the perspective of the function and the physical properties, education will be required to give us the ability to organize the data based on our own perspective. I would like to create a textbook that does not lay emphasis on the classification of organic, inorganic, and metal, to overcome field barriers such as chemistry and physics.
Of course, the current inorganic chemistry textbooks are also very advanced and good. They are more advanced than when I was a student. I think that high-temperature superconductivity research in the 1990s greatly contributed to this progress. Due to the development of high-temperature superconductivity, the physical field has been more and more involved in the inorganic chemistry, and various elements have been linked to the electronic properties. This is the result of overcoming the field barriers. From now on, I believe that we can gradually unravel classifications that became generally accepted opinion in chemistry, such as organic, inorganic, and metal.

JAICI: Thank you very much for today.
(The original interview was in Japanese language.)